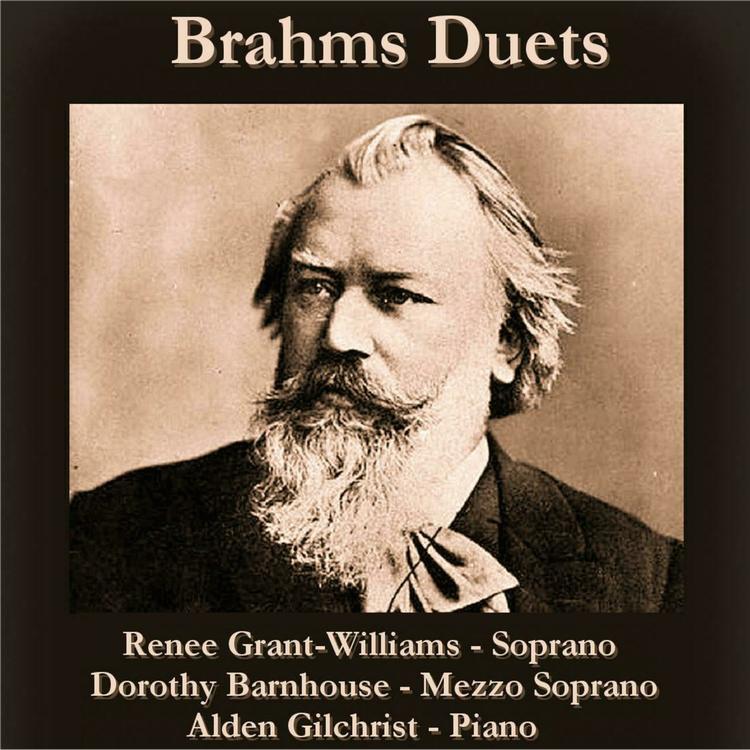 The year is 1876; the elite of Leipzig take their seats in the ornate drawing room eagerly anticipating the pleasures of the liederabend that lie ahead. Two women, one soprano, one mezzo-soprano, stand in the crook of the piano ready to charm the guests with a recital of duets by Johannes Brahms. The maestro strikes a chord and the music begins ...
One hundred years later, in 1976, Renee Grant-Williams, Dorothy Barnhouse, and pianist Alden Gilchrist recaptured the spirit of this scene as they recorded an historic album of Brahms duets at 1750 Arch Records in Berkeley, California. These artists were the first to record this collection of these lovely and rarely heard examples of the Lieder genre. So, it is with pride that PopFree Records re-issues this unique musical gem as its 40th anniversary approaches in April, 2018.

Lieder singing has its roots in a tradition wherein small groups gathered in private salons in the 1800’s, and so did not lend itself to public exposure or interest. Lieder, the German word for “song”, referring to poems set to music, is a format which is problematic for attracting large audiences, especially in the modern-day U.S. Performed in an intimate setting, in a foreign language, it could easily be overlooked by the casual listener. But these songs, by the very virtue of their intimacy, offer a unique musical experience that is not possible in other styles and settings. I found an alluring romantic quality in these songs which came through regardless of my lack of German language skills. The music itself tells stories, and will reward the listener with an enchanting experience if given the chance. So, gather in your salons in front of the fire, and transport yourselves back to a different time and place, when music was not a background for gatherings – it was their purpose. CGB, January, 2018