free download of complete liner notes including session details and photographs of the band. 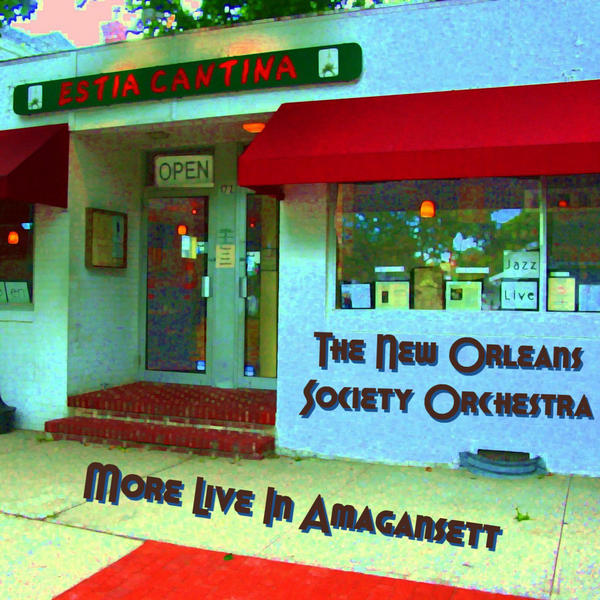 This extraordinary session was recorded live on January 27th, 2007 at Estia Cantina, a now-defunct club in the Hamptons on Long Island, New York. In its brief three years, Estia built a reputation as a premiere jazz destination in the East, and was a favorite gig for many top players. There, in a beach resort town in the dead of winter, fans packed the house, many driving out from Manhattan and Jersey, even some fans from Los Angeles, to see and hear Bob Greene hold court.

Mr. Greene is expertly accompanied by John Bucher on coronet, Dennis Raffelock on bass, both regular sidemen for Greene, and Peter Martin Weiss on acoustic guitar. Bob punctuates classic songs from New Orleans, Chicago and other jazz scenes of the 20's and 30's with his observations and reminiscences of the times.

This is an unpretentious and lighthearted recording, nevertheless, listeners will quickly realize that they are in the presence of greatness, as the songs and reminiscences transport them to a bygone era. This recording is destined to be an instant classic.